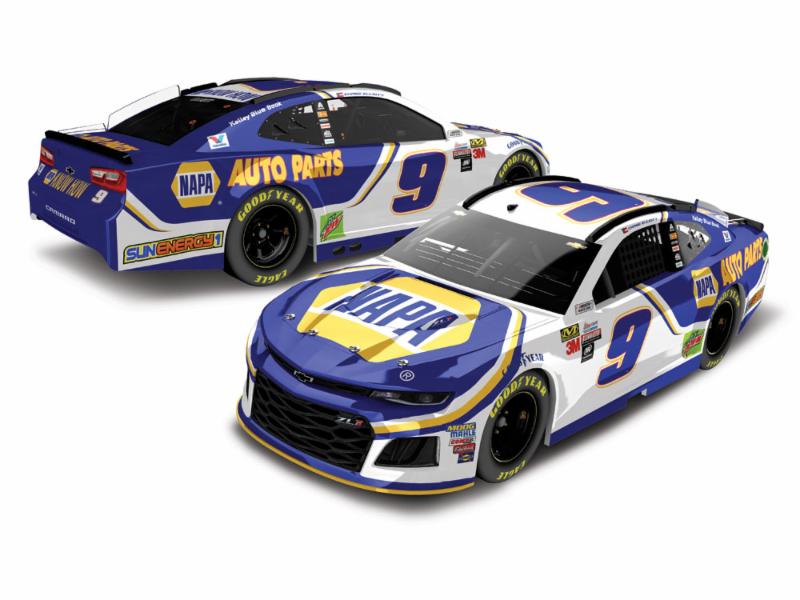 2018 Chase Elliott #9 Napa 1:64 Diecast Car. After only one season of competing full-time in NASCAR’s premier series, it is clear that Chase Elliott will have a long and prosperous career at the sport’s top level. In addition to being the front runner in the Sunoco Rookie of the Year race for most of 2016, Elliott steadily improved throughout the season finishing in the top 10 in 14 of the first 27 races and often challenging for wins late in races. Next season, Elliott will once again pilot Hendrick Motorsports’ No. 24 NAPA Chevrolet SS. Elliott and NAPA have partnered together since 2014, when he won the NASCAR XFINITY Series title. When Elliott begins his second season in NASCAR’s premier series, you will want to own the die-cast replica of his car you see on track. The Action Racing Collectables die-cast of the No. 24 NAPA Chevrolet SS is built with the finest craftsmanship.