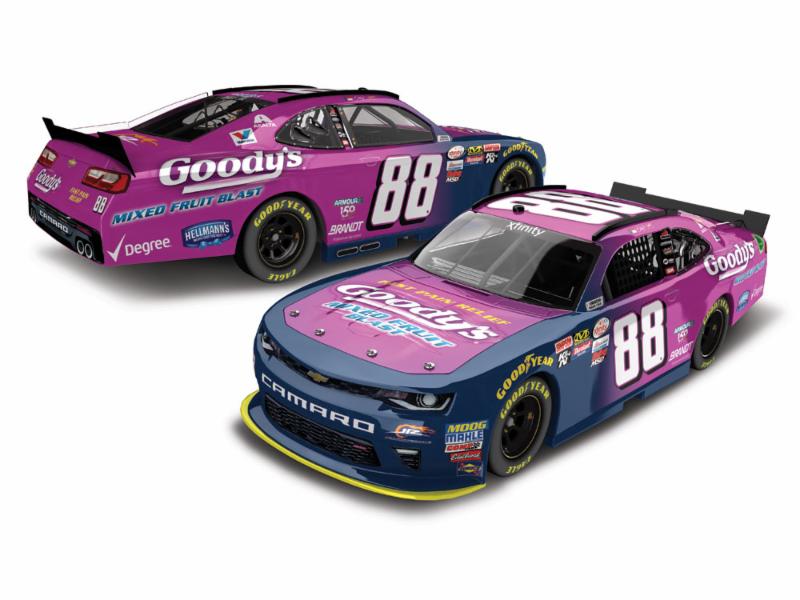 2017 Dale Earnhardt Jr #88 Goody's Camaro 1:24 HO Diecast Car. The NASCAR XFINITY Series race at Bristol this summer just got a whole lot hotter. Dale Earnhardt Jr., NASCAR’s Most Popular Driver, will wheel the No. 88 Goody’s Chevrolet Camaro for the August NASCAR XFINITY Series race at Bristol Motor Speedway for the team he owns – JR Motorsports. It’s the first time since 2010 that Earnhardt has competed in the summer race in this series. Crafted with an opening hood, rolling Goodyear tires, and a host of authentic details, each 1:24-scale die-cast is an authentic replica of the car Earnhardt’s fans will cheer on race day. What’s more, the replica die-cast is also available to order in a metallic Color Chrome finish and in a smaller 1:64 scale.